What is all this tagging about? 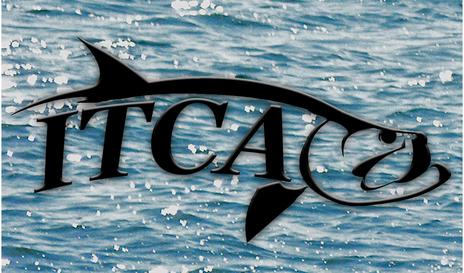 Who will see the information on where I tag a fish or recapture one?

The last thing we want to do is to reveal anybody's fishing spot. The form that you fill out on-line has blanks where you can be as detailed as you want or as vague as you want. In other words, you can give us Lat/Lon numbers if you wish, or just simply say something like "Upper Charlotte Harbor" or "Galveston Beachfront" or "West Delta, Louisiana". This information will go directly into a data base and that database will not be made publicly available. We will issue reports like "Ten tags placed in June in Tampa Bay by ________" or "Eleven tags placed in the last week in West Delta Louisiana by ______". You don't even have to submit the information in real time. Write it down, then input the data at your convenience. When we get a recapture, we'll let you know where it was tagged, e.g. "Fish #____ was tagged by ______ in Boca Grande on June 1, 2015, and recaptured by ________ in West Delta, Louisiana on September 3, 2017." We'll also give details on how far that fish has traveled, if the fish has grown and by how much, and even an approximate age of the fish.

What are the goals and objectives of this research effort?

Our goal is to fund the production and deployment of at least 2,000 custom made fish tags uniquely designed to assist marine biologists in the research of Atlantic tarpon (Megalops atlanticus) movements, migrations and population dynamics. To achieve this goal, our objective is to place the 2,000 harmless tags in tarpon during the spring, summer and fall of 2015 while they move through U.S. coastal waters. By providing a large number of tags at no cost to select professional fishing captains, and also making these tags available to private anglers through this initial fund raising effort, we hope that in a single year we can release enough tagged tarpon to immediately begin generating valuable recapture data and tracks of tarpon migrations. By funding this effort, you’ll not only get to participate, but you will also help us place almost a thousand tags in the hands of select professional fishing guides, ensuring that we get a large number of tarpon tagged the first year ... and it is, of course, all about the numbers.

Why are tarpon so important?

While tarpon have existed as a species for more than 100 million years, we are only now beginning to get a glimpse into their life history, ocean migrations and population abundance. Although tarpon can live for more than seventy years and often grow in excess of two hundred pounds, they are not generally considered an edible fish in the U.S., but are the focus of consumption in artisanal and subsistence fisheries in Latin America. The level of connection of our fisheries is therefore a vexing question. In the U.S., tarpon are mostly sought only by sport anglers. Outdoor Life Magazine writer Jerry Gibbs once commented about tarpon, “They jump, they crash, they break tackle and bones. Tarpon possess the muscle and mass to defeat you in several different ways. Of course, that is why we love them … !” It is no coincidence that anglers around the world refer to tarpon, with their iridescent silver-scaled bodies, as the “Silver King”. Tarpon fishing annually generates billions of dollars in local revenues for communities around the country. So as a sport fish, they are vital to the livelihood of many families. Just as important, however, marine biologists are beginning to believe that detailed information about tarpon migratory patterns may prove that tarpon are the canaries of the coastal ocean. Large migratory tarpon annually frequent deep offshore waters, where oil and gas drilling takes place, as well as small streams and estuaries subject to pollution, excessive freshwater use, and human encroachment. Consequently, by attempting to track their movements and behaviors, we are offered a window not only into the life of this magnificent game fish, but man's impact on our planet.

Why is this research important now?

Due to their long lives and thousand mile migrations, tarpon are influenced by many different environmental and man-made factors. Without coming to a better understanding of their behaviors and man's influence on this species, we can't hope to protect and sustain them for generations to come. In some locations, such as Texas, tarpon populations have crashed precipitously over the past fifty years. In the early part of the twentieth century, Port Aransas, Texas, was considered the “tarpon capital of the world”. By 1970, that had all changed. The tarpon were gone. Over-harvesting in Mexico during winter migrations, bad fishing practices, and the placement of dams on Texas rivers all hastened the decline. If we don't learn all that we can now, there is no way to understand and mitigate man's potentially negative future impacts on tarpon in areas like Florida, where tarpon are still considered abundant.

Who is the International Tarpon Conservation Association?

The International Tarpon Conservation Association (ITCA) is dedicated to scientific and educational efforts to promote and contribute to the conservation of the Megalops Atlanticus, also known as tarpon.  ITCA recognizes that tarpon are regarded as a highly sought after gamefish, which are generally only fished for sport.  ITCA shall not propose legislation or actively lobby any government or legislative body to impose additional regulations on charter or recreational angling. However, ITCA shall use its conservation, research and educational efforts to support legitimate biological research projects and inform anglers of ethical and responsible fishing techniques and management practices, all of which will conserve, promote and support tarpon populations around the world.  To learn more, go to www.itarpon.org

What are streamer tags and how do they work?

Satellite tracking tags are too expensive, complicated and difficult to place for most anglers. This is the realm of competent scientists. Consequently, a lower-tech, simpler and easier alternative is necessary for recreational anglers to actively participate in tarpon tracking research. Streamer tags offer that alternative. Streamer tags have been proven through significant scientific study not to harm fish and last for years. They are the perfect cost-effective compliment to satellite tracking tags. They are implanted just below the skin and do not cause any lasting injury to the tarpon. Our streamer tags will use a metal dart and a nylon streamer, marked with a unique tag number and contact information for reporting a catch.

How do these tags help us learn about tarpon?

The things we can learn from tags in addition to movements from the location of capture are the environment where the recapture took place (e.g. offshore, coastal estuary or river), overall health of the fish, including growth rates since original release, and population abundance. All of this information is important to learning more about the population dynamics of tarpon and sustaining the fishery.